Why I Became a Surrogate and How I Got Started 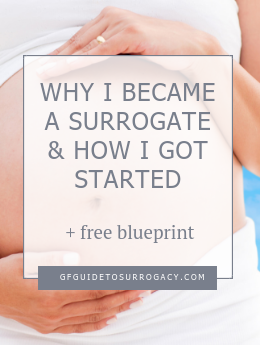 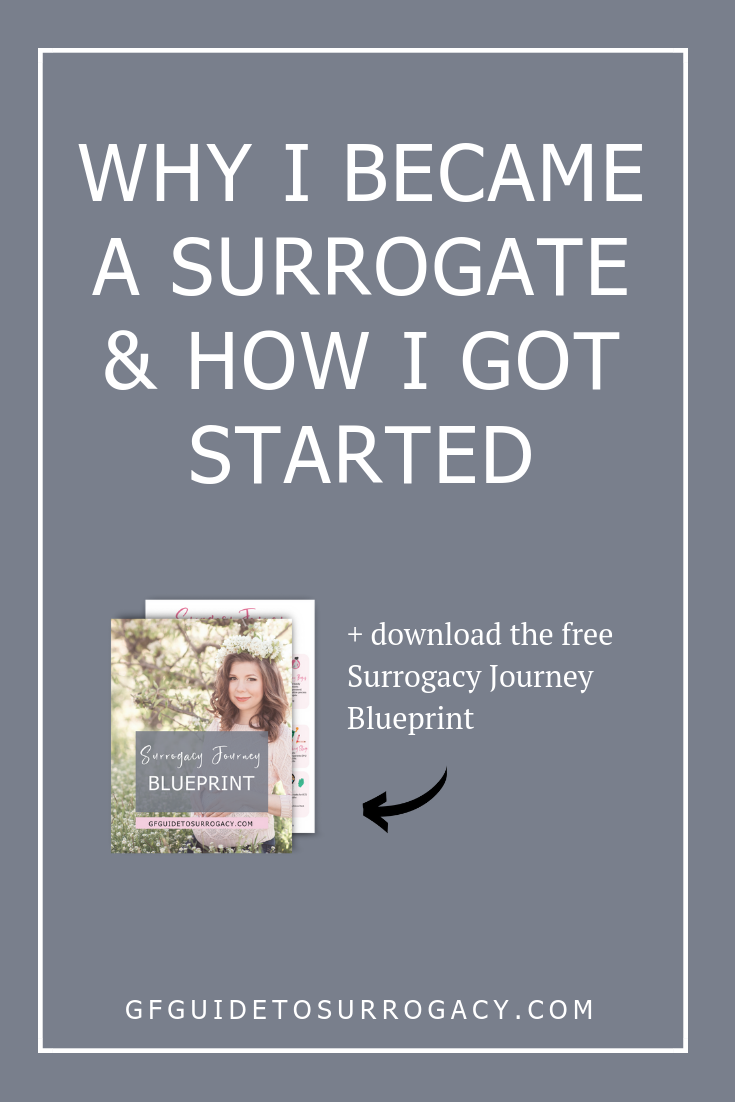 Our conversation was years before I actually started the process and before either of us had had kids of our own. We didn’t even know what it was like to carry and birth children or even what life would be like as parents. 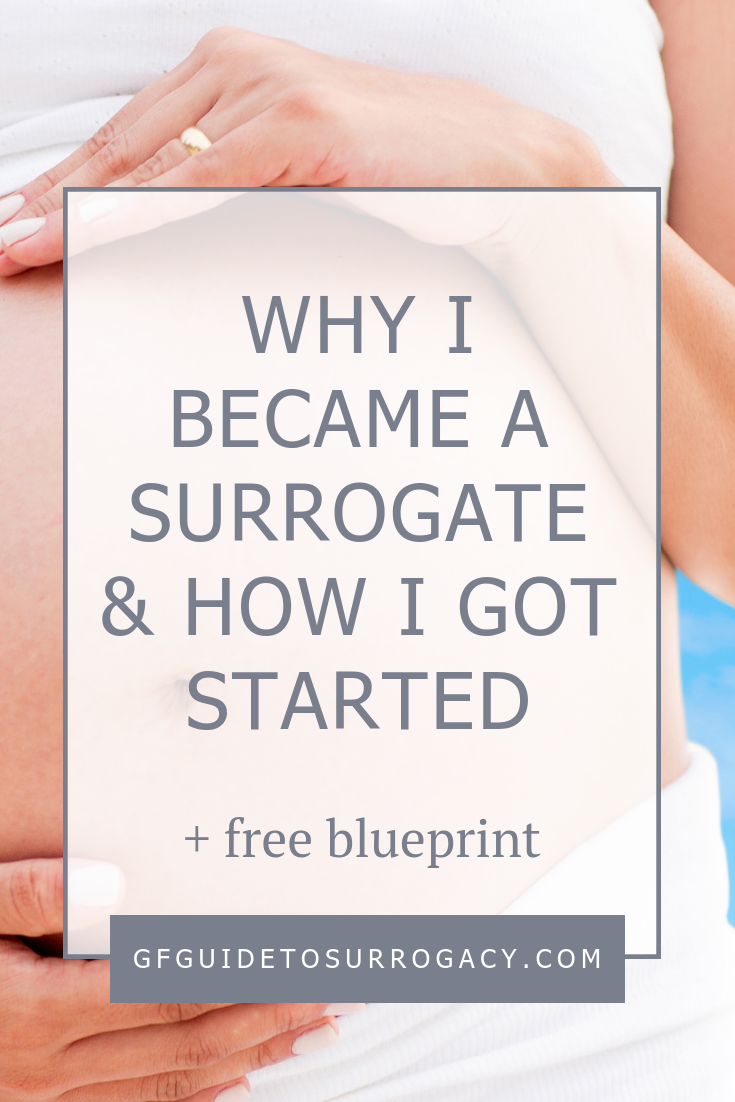 When someone asks me how I got started, my reply is usually, “It just happened.” I know that sounds ridiculous because it really is a process, but for me, everything just went really smooth the first time and fell into place. I got started quickly.

Why I became a surrogate

I had very smooth pregnancies with both of our children and Brad and I knew we didn’t want to have any more of our own. I had been hearing about infertility more and a couple of my friends were struggling with it.

At the time I was thinking about becoming a surrogate, a friend of mine had found out the baby she was carrying didn’t have kidneys and he wasn’t going to live very long after his birth. It was heartbreaking! It doesn’t relate directly to infertility, but to the heartache you can feel as a parent or someone wanting to be a parent.

I knew I could be the someone a couple was praying for who could help them grow their family.

It is one of those “I still remember it like it was yesterday” moments. It was June of 2014 and I was sitting by our back door browsing Facebook while talking with my husband, Brad, as he was playing in the sprinklers with our kids.

I came across a flyer for egg donation and asked Brad what he thought of it. He said he’d feel weird having someone in the world that was biologically connected to him, but who he didn’t know. I then told him I have thought about being a surrogate and he gave me the “Yeah, right” look.

And I really had.

My friend and I had discussed who we would consider being a surrogate for and at the time I hadn’t thought of being one for someone I didn’t know. I told Brad I was going to call the agency that was on the flyer and research it more.

From that point, I like to say, “It just happened.” I spoke with the intake specialist at the agency, got my questions answered and she recommended I put in an application. I spoke with Brad a little more about doing it. We didn’t really know what we were doing.

I kept thinking, “were we actually doing this thing?”

I told him I really wanted to pursue this. I felt it was something I was meant to do so I submitted the application and I was pregnant three months later.

That’s only the beginning.

As I’m writing this, I’m currently pregnant with another surrogate baby and you can check out the timeline of my journeys in a future post.

Brad’s recollection of how we got started

When I asked Brad to write about his recollection on how we got started, I got back a very sweet and deep write up that turned into the foreword of my book, which will be coming out soon. He says, “It was four years ago and I can’t remember the details as you can,” but here’s a small snippet.

We have two young kids of our own, and JoAn was blessed with relatively simple and easy pregnancies without any complications. She and our kids have been healthy through the process of labor and delivery and so far through their young years.

One day she came across some information that led her to ask me my thoughts on the possibility of being a surrogate. In my mind, I was thinking, “Why the hell would you want to go through a pregnancy again?!! And do it for someone else?!?!”

Initially, I thought this was probably not going to happen and she really just had too much red wine.

The next week, she had contacted an agency to get more information and put in her initial application. She told me she really wanted to pursue being a surrogate and needed help filling out the rest of the paperwork.

We were sitting at the dining room table with wine having to answer questions should things go wrong during the process. One good thing about the process is that everything is laid out in the beginning so everyone knows what will happen should complications arise.

I remember the question, “Do you agree to be on life support, in the event something were to happen to you, to give the baby enough time to develop?” At that point, I was ready to throw in the towel. I did not want to think of my wife dead with someone else’s baby inside of her.

That was only one of the “hard” questions. We continued to talk it out and finished the application.

And so the journey began. It started in the summer of 2014. Not many people know what the surrogacy process consists of and I’m still learning because JoAn never complains. She knows giving life to someone else is what matters most.

What questions do you have about becoming a surrogate? Is it something you’ve thought about doing? Let me know in the comments below.

Interested in learning more about becoming a surrogate? Click on the image below and download the Surrogacy Journey Blueprint to get an overview of the process and timeline. 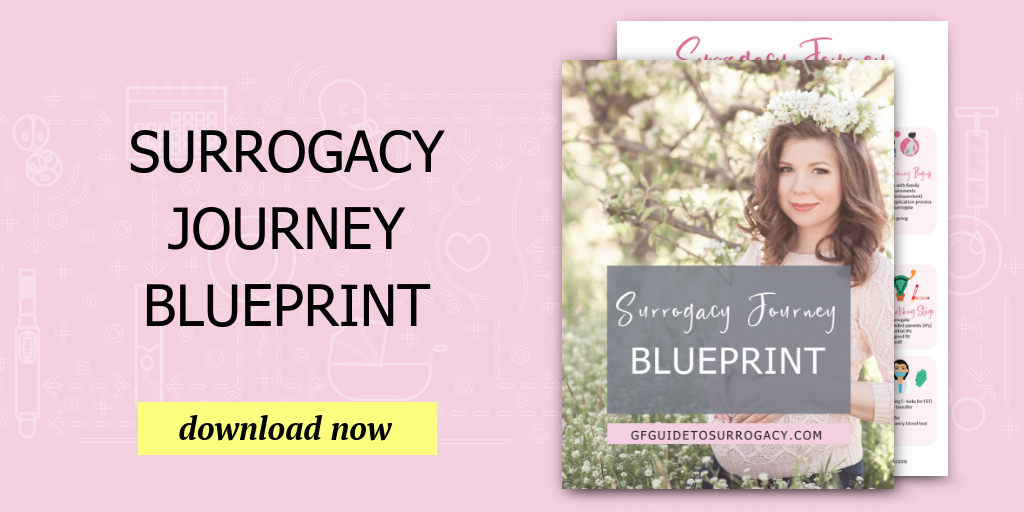 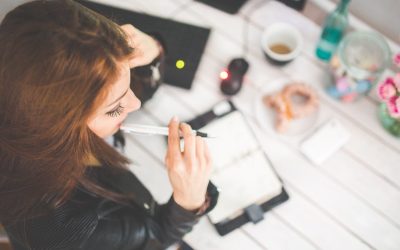 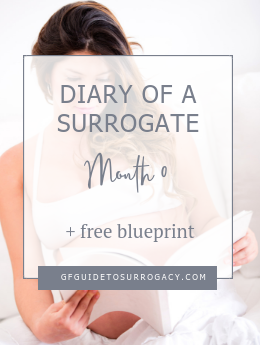 Diary of a Surrogate – Month 0

August 2017 I’m currently four weeks postpartum from delivering my last surrogate baby and am now considered a two-time proven surrogate. Brad and I had already discussed doing another journey as long as everything went well with the delivery. It did so here we are. I... 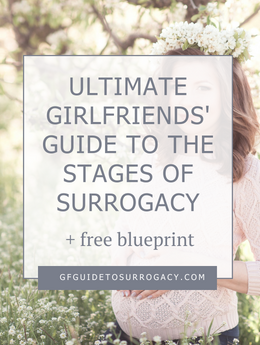 Ultimate Girlfriends’ Guide to the Stages of Surrogacy

A question I get asked all the time is, "What does being a surrogate entail - what is the process?" I like to say most of the “hard” work comes at the beginning of the journey. Just with most things, the set up usually takes the most work. This is true with the...